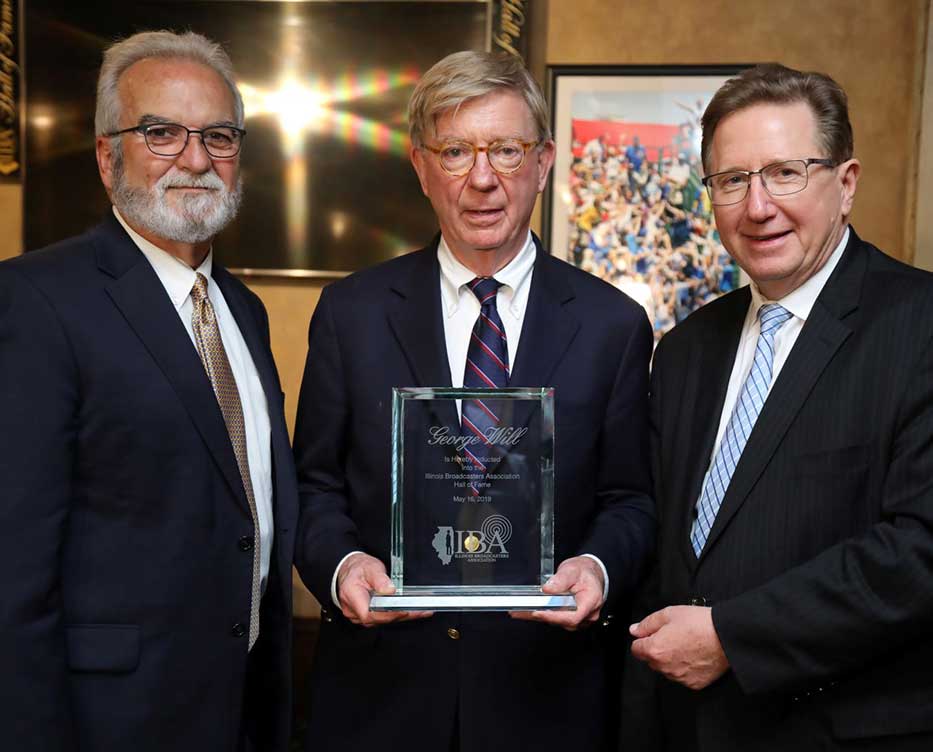 George Will became the 61st member of the IBA Hall of Fame on May 16th at an after hours reception at Harry Caray’s in Chicago. Will shared stories of his broadcast career covering national politics, past presidents, and the current climate of the media with members of the Chicago media present but it was his love of baseball that garnered the most attention. Will, an author of several books on baseball, Wrigley Field, and the Chicago Cubs entertained the audience with his knowledge of Cubs Baseball facts and history.