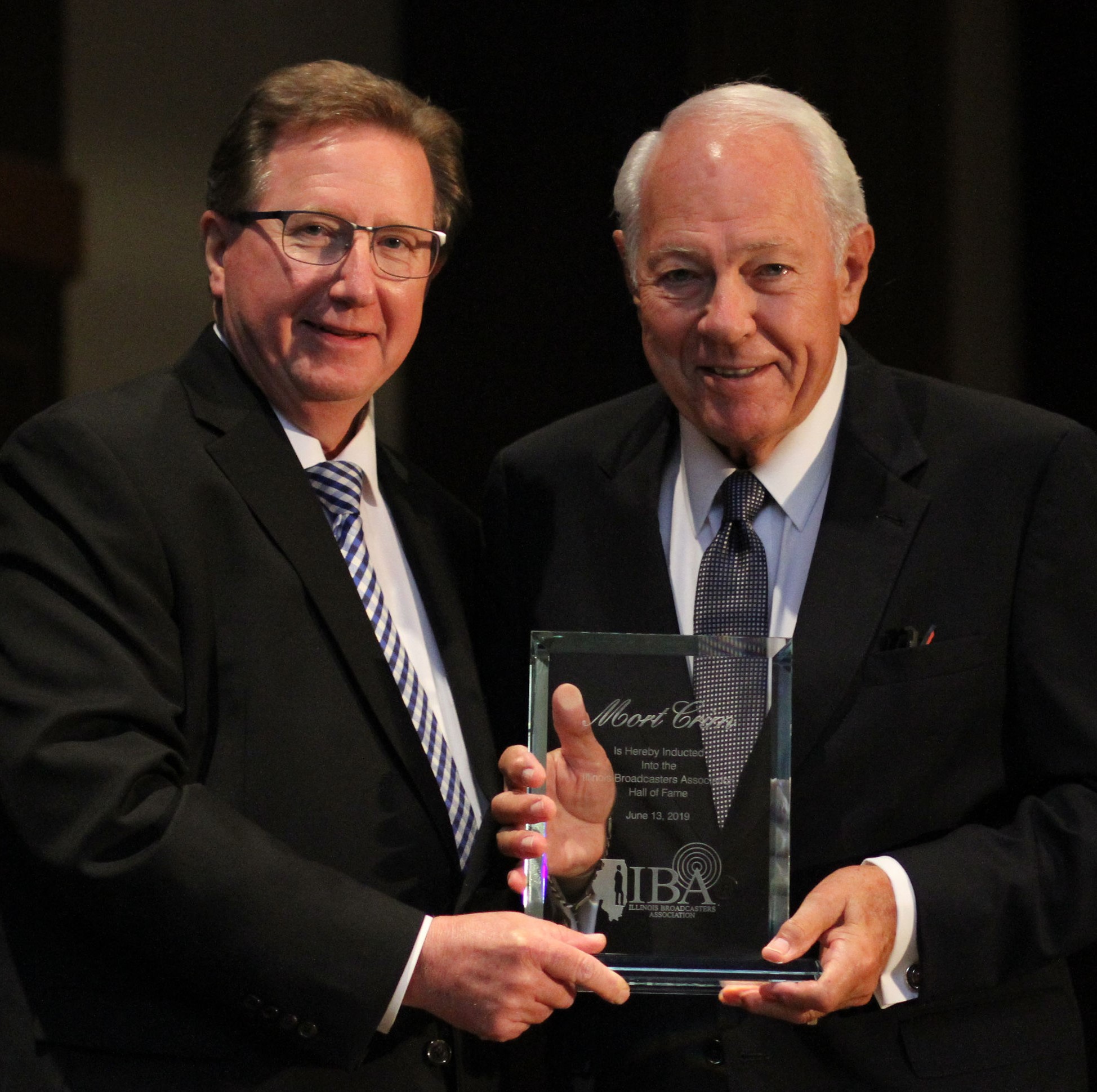 (Springfield/Carterville) Said to have been the inspiration for actor Will Ferrell’s “Ron Burgundy” character in the Anchorman movie franchise, real life veteran network radio and TV anchor Mort Crim for induction into the IBA’s (Illinois Broadcasters Association’s) Hall of Fame.

A West Frankfort, Illinois native, Crim earned a Master’s degree in Journalism from Northwestern University’s Medill School of Journalism which led to an early stint in then news department at WLS-Radio in Chicago “working alongside Dick Biondi, Clark Weber, Stan Dale, and a bunch of other DJ’s who were prominent in the early sixties,” reminisced Crim.  That would lead to jobs at radio stations from California to New York City including a five-year stint as a national correspondent for ABC Radio. It was Crim who reported Neil Armstrong’s landing on the moon for the network and some may remember Crim as the permanent vacation substitute for Paul Harvey from 1980 to 1984 on Harvey’s more than 1300 ABC Radio affiliates.

Crim would return to Chicago in1977, this time in front of a camera, for a one-year stint at WBBM-TV, where he was paired with Bill Kurtis and Walter Jacobsen. He would leave Chicago for a Post-Newsweek job at WDIV-TV in Detroit, where he finished his anchorman career after a twenty-year run.

As for being the inspiration for Will Ferrell’s “Ron Burgundy,” Crim recalled his learning of that distinction during a 2013 interview with USA Today. “Back in 2003, Will Ferrell said something in an interview and later I saw it in print,” stated Crim. “It was no big deal. But then a few months ago, someone working for Ferrell sent me an e-mail and said he wanted me to send a picture of myself to Ferrell. I autographed it: “Will, you’ve almost got it. Just a little more authenticity please. Your friend, the real anchorman, Mort Crim.”

Upon learning of IBA’s plans for his Hall of Fame induction, Crim stated, ““I’m deeply honored. Even humbled — and for an anchorman, being humbled is quite an accomplishment”

To qualify to be nominated for IBA Hall of Fame induction, candidates must have either been born in Illinois and/or worked in broadcasting within the state of Illinois.  Crim’s induction took place on June 13th at a luncheon in his honor in Springfield, Illinois.