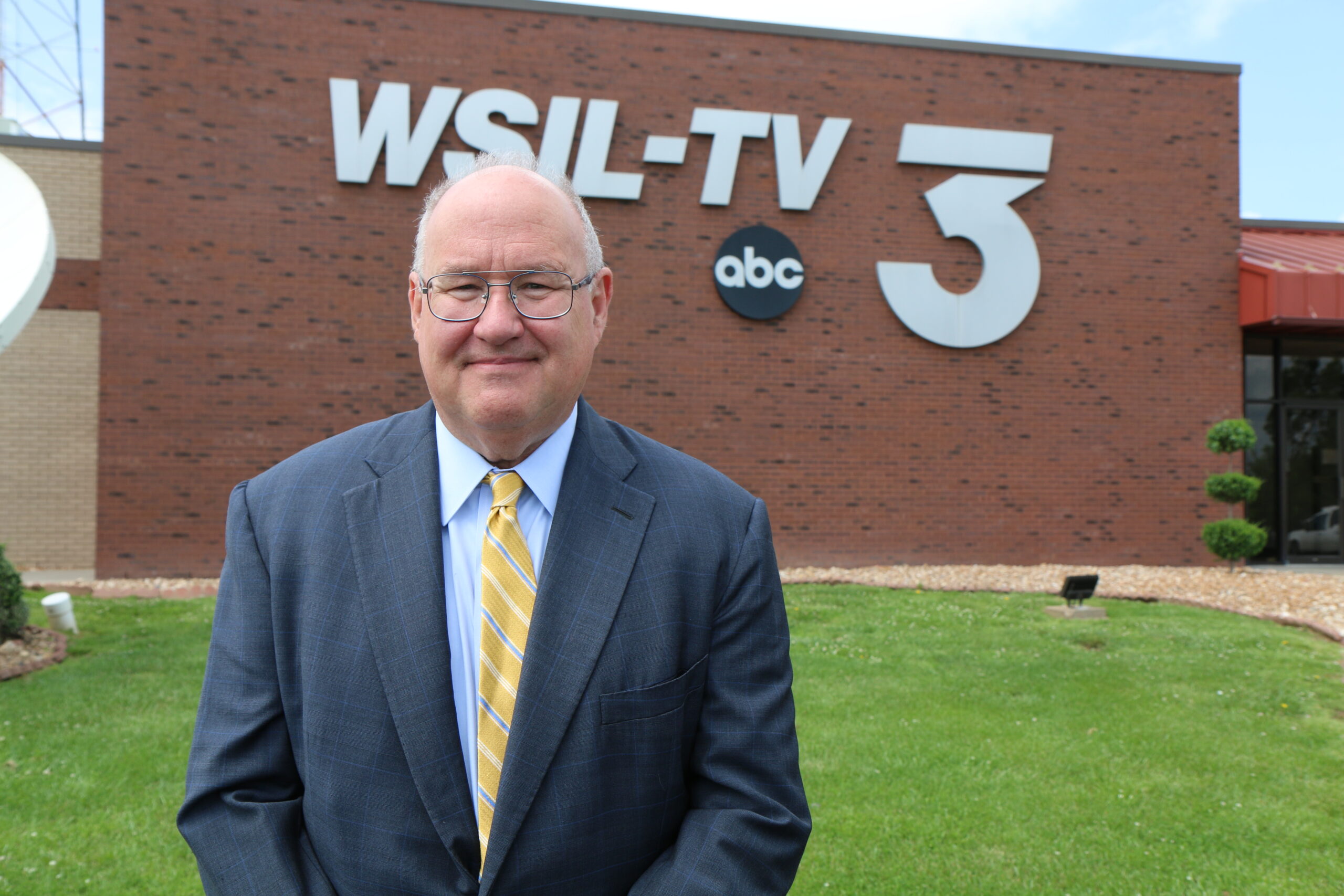 Steve Wheeler was recognized by the IBA Board of Directors as the 2019 Vincent T. Wasilewski “Broadcaster of the Year” during IBA2019. Having recently sold his station to Quincy Media, Wheeler along with his wife and business partner Bonnie, were celebrated by dozens of WSIL employees for this honor.

Steve Wheeler began his broadcast career at KCST-TV (now KNSD) in San Diego, working part time through college and starting full time in 1974 after graduating from San Diego State University. In 1981 he joined the family business founded by his father Mel Wheeler, a career television executive who started his own radio company in the mid 70’s.

In 1983 the Wheeler company bought WSIL-TV in Southern Illinois. Wheeler and his wife Bonnie moved to Harrisburg, Illinois. Steve served as operations manager and then General Manager, Bonnie as news director and anchor. Wheeler remained as President and General Manager of WSIL until the sale of the station to Quincy Media in 2019.

He is a former board member and board chair of the Illinois Broadcasters Association, and continues as a trustee of the IBA Foundation.

Steve and Bonnie live in Carterville,Illinois. They have two grown sons; Joe and Dan.

Who is Vincent T. Wasilewski?

Born December 17, 1922 in Athens, Illinois, Vincent T. Wasilewski would become the 18th President of the National Association of Broadcasters in January 1965. Wasilewski entered the University Of Illinois College Of Engineering in 1940, but World War II would interrupt his studies. He served in the US Air Force from September 1942 until October 1945, and returned to the University at the close of the war. He switched to political science and received his bachelor’s degree in 1948, followed by a degree of Doctor of Jurisprudence the following year. Wasilewski joined the NAB’s legal staff in 1949, where he spent his entire professional career. Like any true broadcaster, Wasilewski was no stranger to public service, having served on the Board of Directors of the Advertising Council, the Advisory Council on Federal Reports and the American Advertising Federation.

The IBA inducted Wasilewski into its Hall of Fame in 1976. In his honor, the IBA renamed its “Broadcaster of the Year Award” in 1989, as the “Vincent T. Wasilewski Award.” The award was created to honor those Illinois broadcasters who exhibit the same passion and dedication to this industry as Wasilewski did. Honorees are recognized for broadcast excellence with their Illinois station(s) and within the broadcast industry as a whole, for the respect they receive from their peers both on a local market and national level, and for their work to achieve a favorable legislative climate for the broadcast industry.