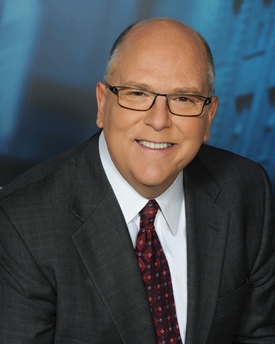 Skilling began his broadcast career at WKKD-Radio in Aurora at the unheard-of age of 14, while still a freshman at West Aurora High School. That soon led to a stint at local WLXT-TV 60 before heading off to University of Wisconsin-Madison in 1970 to study meteorology and journalism. In college, Skilling worked at WTSO-Radio in Madison, and in 1976, was hired by WITI-TV Milwaukee where he would soon become the city’s #1 rated meteorologist. His success in Milwaukee opened the door for an opportunity at WGN-TV in August of 1978; his TV home ever since.

“One isn’t awarded our “Broadcast Pioneer Award” without first paying his or her dues,” said Dennis Lyle, president and CEO of the Illinois Broadcasters Association. “Nobody can deny Tom Skilling has paid his dues… and then some.”